Who links to me?
According to the "Which Big Lebowski character are you?" quiz: 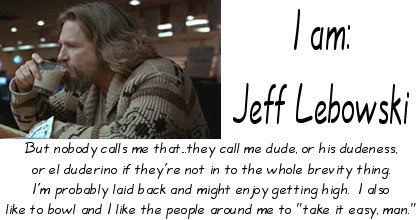 Why don't you check it out? Or we cut of your Johnson!

Which File Extension are You?